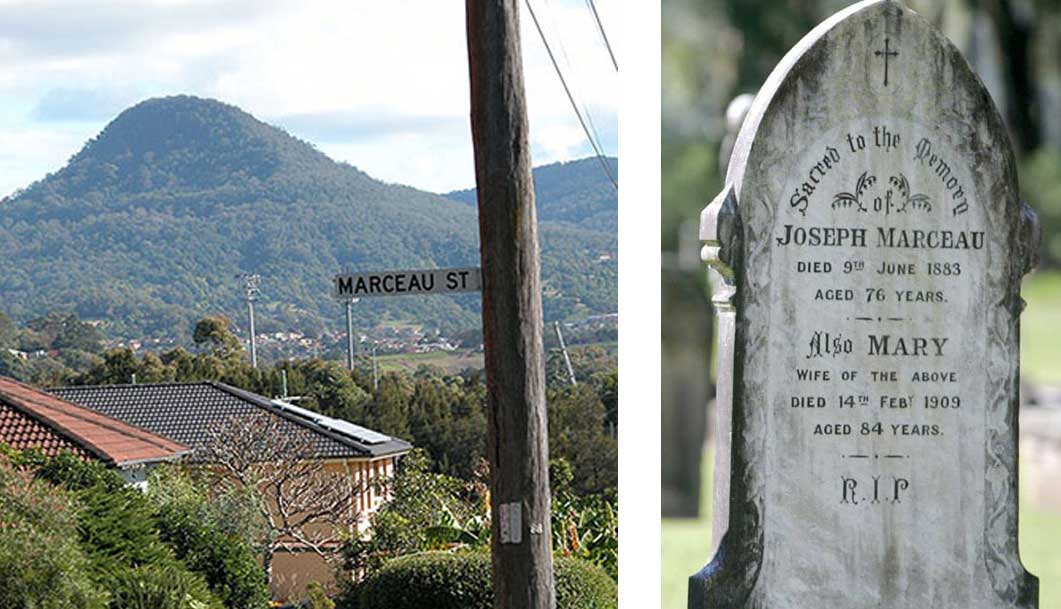 In 1837 in Lower Canada (Quebec) a rebellion against British rule was put down by the British troops resulting in 178 patriots taken as prisoners.  The punishment for taking part in the rebellion was very harsh: 29 of the prisoners were executed and the remaining 149 prisoners were sentenced and transported to Australia as convicts.  The rebels of French Canadian origin were sent to Sydney and rebels of British descendants were sent to Van Diemen’s Land (Tasmania).

On 25 February 1840, 58 French Canadian patriots from the province of Lower Canada (Quebec today) arrived in Sydney.  Instead of imprisonment they were placed in the abandoned Longbottom Farm (before the 1820 Stockade) located near Concord, Sydney.  In 1840 Longbottom Farm became the detention centre for French Canadian patriots.  These patriots, mostly rural artisans and farmers ranging in age from 20 to 64, had never before been convicted.  They found themselves far away from their loved ones, not by choice but by political force that had sent them to the other side of the world.  For almost a year they stayed in Longbottom Farm and were put to work building stone roads for the government.  One of the roads was Parramatta Road.  After a year, they were sent to private employers where they worked in the agricultural and trade fields.  Between 1843 and 1844 they were granted a pardon.  By the late 1840s they all went back to Canada except for two.  One man died in Sydney and the second was Joseph Marceau.

Marceau was a farmer, weaver and was also one of the captains of the Lower Canada patriots.  After receiving his pardon he could not afford the journey back to Canada so he delayed it for a year.  During this time he not only worked as a cook and servant for a superintendent at Longbottom, on the banks of Parramatta River, but he fell in love with Mary Barrett, an Australian girl from Dapto.  Marceau married Mary and they had 11 children together.  Before he moved to Dapto, Marceau met Ira Polley and Iram Sharpe in Sydney, two Americans who took part in the Canadian rebellion and had been sentenced and transported as convicts to Van Diemen’s Land.  When Polley and Sharpe had been granted their freedom, they decided to join Marceau and moved to the Illawarra.  Using American axes, all three men cleared the bush and cut Cedar near Mt Kembla (in the area known as American Creek which had been named after them).

In 1850 Marceau received a land grant of 25 acres for 50 pounds.  Mary had inherited 97 acres at West Dapto from her father.  Mary and Marceau became West Dapto farmers.  They often came to Wollongong and sold vegetables and eggs.  Marceau earned a reputation as a good and honest man and was known in Wollongong as ‘Honest Joe’.

Joseph died on 9 June 1883 and Mary Marceau (nee Barrett) died on 14 February 1909.  Both of them were buried at West Dapto Catholic Cemetery.

Today, Marceau Street in Mount Saint Thomas, Wollongong and Marceau Drive at Concord near Canada Bay in Sydney, commemorate the only French Canadian exile that did not return to Canada.