I was 11 years old and my family decided to emigrate from England.  My father was interviewed by BBC Two on the boat.  Rain to Southampton and he said that he couldn’t really see any future for his family in England. We lived in Manchester and every time that he settled into a job the factory would close or there would be massive redundancies so he thought that his children would have a better chance in Australia.

We arrived in Australia on 3 February 1968 onboard the RHMS Ellinis.  We lived at the Fairy Meadow (Balgownie) Hostel from our arrival until 17 October 1969.

We were disappointed at first by the hostel.  In England we had been shown photos of the hostel, but the photos that we saw were of the manager’s quarters, and this wasn’t where we were placed.  We had half a Nissen hut.  When the manager opened the door a large cockroach ran out followed by a Huntsman spider, and Mum burst into tears and said, “Frank I want to go home”.  Things got a little better the next morning as we realised that we were only a 5 minute walk from Fairy Meadow Beach.  The houses around Fairy Meadow seemed more American than we’d imagined.  We soon adapted to life on the hostel.  It was much easier for us kids than our parents.

Life for children was an adventure.  The hostel provided many new playmates.  It was close to the beach and the weather was much better than the north of England.  There was a creek close by for fishing and Stuart Park and the Lagoon offered even more choice.

The recreation hall always seemed to have something happening, and was a great place to congregate.  I really enjoyed playing for the Hostel Soccer Team for two seasons.  The food wasn’t that good but we would supplement our diet by catching eels and selling them to some of the residents, who enjoyed eel, for $1 each.  We would then go to the milk bar in Elliots Rd and buy hamburgers, which cost 20 cents at the time.

It was harder for the adults, many of whom felt trapped, because they were disillusioned by the reality of the hostel, compared to the promise, and they couldn’t afford to go back to their old countries, and in many cases couldn’t afford to leave the hostel until a housing commission home became available.

When people left the hostel more began to assimilate and get ahead, sadly some people returned to their homeland at the earliest opportunity.  We maintained that it was the best twenty pounds that our parents ever spent when we emigrated.  Educational opportunities were good and I successfully completed university and had a wonderful career in Education spending more than twenty five years as a school principal.

My parents had one more child in Australia.  When we arrived there was me and my two sisters.  All four children had or have good jobs and lovely homes.  Our parents have since passed away but we are forever grateful that they were brave enough to emigrate. 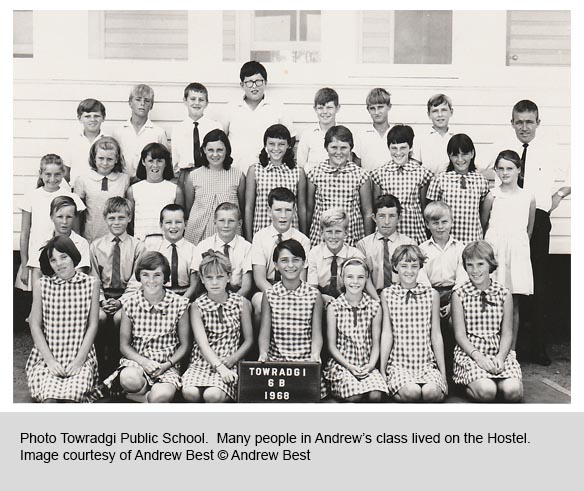