Dutchies in Illawarra an illustrated book by Bill Fikkers 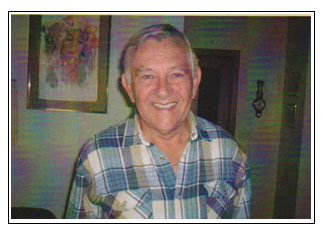 ‘Dutchies in the Illawarra’ is an 86 page, illustrated book, the product of Bill’s research into the history of Dutch immigrant families who settled in the Illawarra in the 1950s. Bill has recorded in his book the experiences of twelve Dutch immigrant families which as he wrote, ‘illustrates some of the difficulties, anxieties and ultimate triumphs’ they had experienced. Bill also included in his book several Dutch organisations.

Bill Fikkers was born in the Netherlands in 1937, the eldest of eight children. He has vivid memories of the War in Europe and migrated with his family to Australia in 1950. He completed his secondary education at Corrimal High School and worked for the Post Master General’s Department and Telstra for a period of thirty eight years. As a member of the Dutch Australian community for many years and still speaking the Dutch language, he is well qualified to write about the subject of his book.

The book is now out of print but available for loan/viewing at Corrimal, Dapto, Wollongong Reference and Wollongong Local Studies Libraries.

An electronic version of ‘Dutchies in the Illawarra’ may also be viewed at the National Library of Australia via the link below:

Dutchies in the Illawarra